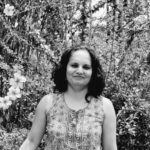 Role of Vitamin D- The Sunshine Hormone in Women’s Health.

Background: Vitamin D is produced in the human body when ultraviolet radiations from sunlight fall on the skin to initiate vitamin D synthesis and for that reason, it is also called as a sunshine hormone. The best natural sources of vitamin D are the flesh of fatty fish (such as Tuna and Salmon), fish liver oils. Small amounts of vitamin D are present in beef liver, cheese, and egg yolks. The only plant-based source for vitamin D is mushroom. The vitamin D obtained from such sources is biologically inert and after undergoing two hydroxylation reactions, it forms physiologically active 1, 25-dihydroxyvitamin D [1, 25 (OH) 2D], also called calcitriol (Adams and Hewison, 2010).

Vitamin D promotes the absorption of calcium in the gut and maintains serum calcium and phosphate levels to enable normal mineralization of bone, it’s growth and remodeling. It prevents rickets in children and osteomalacia and osteoporosis in adults. Over the past few years, it was discovered that vitamin D also plays a significant role in the immune system, cardiovascular health, and cancer prevention. It does the same by boosting immunity by fortifying the white blood cells, a key component of the immune system of the human body. Further, recent researches have shown the anti-inflammatory and anti-cancer properties of vitamin D (Grant, 2018). In addition, vitamin D supplementation has been reported to reduce serum levels of antibodies against pancreatic β cells and delay the progression of type I diabetes mellitus (Illescas-Montes et al., 2019).

a. Vitamin D is indispensable to ensure enough calcium to build and maintain the bone mass for both the mother and the child.

b. Low levels of vitamin D are associated with an increased risk of premature birth (Grundmann and von Versen-Höynck, 2011).

c. The chances of getting gestational diabetes, high blood pressure, pre-eclampsia is higher (40%) if the mother is deficient in vitamin D.

d. Enough vitamin D levels during pregnancy can prevent cardiovascular diseases and osteoporosis later in the child’s life and increases the chances to have children with stronger muscles.

f. There is an association between the maternal vitamin D levels and the hypertensive disorders of pregnancy.

h. Vitamin D regulates more than 3000 genes and some of them have an important role in fetal development. The children of mothers with low vitamin D levels during pregnancy suffer more often from chronic diseases such as wheezing and asthma, schizophrenia, multiple sclerosis, type 1 diabetes mellitus and insulin resistance (Grundmann and von Versen-Höynck, 2011).

b. Lifestyle changes such as an increased tendency to stay indoors playing with the electronic gadgets especially among young people.

c. Exposure to sunshine through a glass window does not produce vitamin D as UV-B radiation does not penetrate glass.

d. Places on high latitudes having long winters with low levels of sunlight.

e. Increased pollution and smog in cities also block the sun rays and this might be one of the reasons that 50 % of people from metropolitan cities are deficient for vitamin D.

f. Decreased absorption of fat from the diet (Chang and Lee, 2019).

Due to the increasing awareness of vitamin D deficiency and recent studies suggesting the role of vitamin D for the normal functioning of the human body, the demand for serum vitamin D concentration measurements has increased by over 80-fold between 2000-2010. In most of the metro cities, determination of vitamin D levels has become one of the most frequently ordered tests in the laboratory. The total 25-hydroxyvitamin D [25(OH)D] levels between 25 – 35 ng/mL is considered as normal and anything below 20 is considered to be deficient in vitamin D (Adams and Hewison, 2010; Basatemur et al., 2017). Unfortunately, the cost of the test for determining serum vitamin D levels is quite expensive for people of lower socio-economic status.

Vitamin D deficiency can be treated in the following ways:

Exposure to sunlight, It is highly recommended to expose yourself to direct sunlight (without wearing sunscreen) for 15 to 20 minutes in a day, 3 to 5 times a week. Intake of fatty fish, egg yolks, seafood and mushrooms and consumption of vitamin D fortified foods

If there is a family history of osteoporosis or vitamin D deficiency, go for determination of serum vitamin D levels on a regular basis followed by a consultation with a doctor and if there is any medical condition affecting gut, liver, and kidney, it is better to check the vitamin D levels.

In most of the cities worldwide, the concept of vitamin D deficiency has picked up and an increased number of people are taking vitamin D preparations which are available over the counter without prescriptions. But one has to be very vigilant now. Recent researches have shown that high doses of vitamin D lead to hypercalcemia characterized by dryness in mouth, fatigue, headache, vomiting, polyuria, polydipsia, encephalopathy and renal dysfunction. In addition, an increase in blood calcium may lead to hardening of arteries or atherosclerosis, leading to blocked arteries (Alshahrani and Aljohani, 2013; Chang and Lee, 2019).

Even though vitamin D is essential for normal body function, its uncontrolled usage can lead to ugly consequences. If you are having symptoms of vitamin D deficiency, please avoid self-medication. First, consult a doctor, get your vitamin D levels checked and then take the vitamin D supplements prescribed by the doctor. Clinicians should also practice caution in prescribing vitamin D supplementation among vitamin D deficient individuals, with proper monitoring using approved and certified methods, otherwise, we will see more and more cases of vitamin D toxicity in near future, with serious consequences.