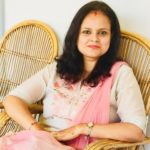 The persistent overuse and misuse of antibiotics and their impact on health outcomes.

Antibiotics are life-saving drugs that have revolutionized the control of infectious diseases since the serendipitous discovery of Penicillin by Alexander Fleming in 1928. In less than a century that this class of drugs has been around, antibiotics have played a pivotal role in controlling outbreaks of epidemics due to infectious diseases and increasing the average life expectancy globally. However, the use of these highly effective medicines has been constantly challenged and limited due to the emergence of antibiotic resistance, which happens when a bacterium develops resistance to an antibiotic, or to put it simply, the antibiotic is no longer effective in killing the germ. This phenomenon has been almost as old as the use of antibiotics themselves and has now become one of the leading concerns in the field of global health. Not only has it affected global health by rendering several antibiotics ineffective, an even more serious effect has been the emergence of “superbugs” which are completely untreatable.

To tackle the challenges posed by antibiotic resistance, a global action plan was endorsed by World Health Assembly in May 2015. As one of its mandates, each year, the World Health Organization observes a week in November as the World Antibiotic Awareness week.  It aims to create awareness about antibiotic resistance, mobilize resources to prevent and respond comprehensively against the emergence of new antimicrobial resistance.

The impact of antibiotic-resistance on health outcomes in India is particularly astounding. India has some of the highest antibiotic resistance rates among bacteria that commonly cause infections in the community and healthcare facilities. What does this mean for us as end users of antibiotics? Simply speaking, this means that most of the antibiotics that are currently available to us for common infections are becoming ineffective. What further worsens the scenario is that this resistance is not only restricted to broad spectrum and commonly used antibiotics such as fluoroquinones and third generation cephalosporins, but has emerged even for the carbapenem class of antibiotics, which is a group that is used only as a last resort to treat serious bacterial infections in humans. This leaves us extremely vulnerable in our fight against bacterial infections.

So, what are the causes for antibiotic resistance, and what can we do as individuals and as a society to prevent it? Rampant use of antibiotics, even for conditions where they are not useful has been a major cause for the emergence of antibiotic resistance. For example, antibiotics do not offer any benefit in viral illness such as flu. However, many of us will undertake a course of antibiotic for every kind of cold. This problem has further escalated with easy, over-the-counter availability of antibiotics without prescription in developing countries. To further add to the problem, antibiotics have been rampantly used by livestock farmers to protect their animals. This in turn provides a unique route for the antibiotic resistant bacteria in animals to enter the environment, and subsequently infect humans. Once these resistant strains emerge, poor hygiene in home and healthcare settings, and poor sanitation in the community further aids in the spread of these resistant bugs. A simple preventive measure is to get a proper diagnosis and consultation with a healthcare professional before starting any course of antibiotics. Also, it is the responsibility of each person using antibiotics to complete the entire course as prescribed by their physicians, even after they feel better. Discontinuing a prescribed course before completion is another major reason for the emergence of antibiotic resistant bacteria. Thus, simple steps taken by government and policy makers, such as generating awareness regarding the best practices for use and prescription of antibiotics can go a long way in our ongoing global battle against antibiotic resistance. The authorities also need to gear up in their efforts to detect the emergence of new resistant strains and contain them before they breakout in the community. There is also a need to mobilize more resources to promote innovations in terms of better diagnostics and new drugs to detect and eliminate these resistant strains.

WAAW is a step forward in the global fight against antibiotic resistance. While the healthcare authorities and policy makers are doing their part by mobilizing resources to create awareness, promoting research and development of new diagnostics and drugs and making new policies and guidelines for appropriate use of antibiotics, the battle cannot be won unless you and me…the end users also play our part in the judicious use of these otherwise lifesaving miracle drugs. So, think twice before you pop in an antibiotic next time, and seek advice from a healthcare professional regarding the correct dosage and duration. Also once you start, finish the course.

Note: The views expressed here are of the author, and does not represent the views of the GHES Program, the U.S. Department of State or any of its partner organizations.