Multiple Drug Resistance: Can it be Prevented? 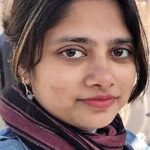 Gonorrhea has been marked in the “Urgent Threat”; who is responsible?

Ever since the serendipitous discovery of penicillin, antibiotics have been routinely used to treat difficult microbial infections worldwide. In response, microbes too have evolved and developed various defense mechanisms to escape the effects of drugs. The phenomenon in which the ability of an antibiotic to kill or stop bacterial growth is lost is called as antibiotic resistance. When pathogenic bacteria exhibit resistance against at least three or more classes of antibiotics simultaneously, the condition is known as Multiple Drug Resistance (MDR). The emergence of multidrug resistance in sexually transmitted infections (STIs) is a global health concern. The rise and spread of extended spectrum cephalosporin-resistant gonorrhea is a pressing issue garnering global attention. The prevalence of drug resistant gonorrhea is higher in the low and middle-income countries with African regions marking the highest incidences of gonococcal infections.

Gonorrhea is a sexually transmitted bacterial infection caused by a strict human pathogen Neisseria gonorrhoeae. The infection affects parts of reproductive tract including uterus, cervix, and fallopian tubes in women, while urethra, mouth, throat, eyes and anus in both men and women. Untreated gonorrhea may lead to infertility, pelvic inflammatory disease, increased risk of HIV and ectopic pregnancy. The bacteria may pass from mother to baby and cause life threatening infections.

Once an easily treatable infection, gonorrhea has now become a challenging disease. Over the years, the gonococci have developed resistance to all the antibiotics used for its treatment. In the early 1990’s, the recommended treatment for gonorrhea were ciprofloxacin (class fluoroquinolone), ceftriaxone and cefixime (class cephalosporin). But signs of resistance against ciprofloxacin emerged within few years and by 2007 Centers for Disease Control and Prevention (CDC) stopped recommending fluoroquinolones altogether for treatment of gonorrhea. Similar trends of decreasing susceptibility towards cephalosporins were observed worldwide and in 2012 CDC recommended azithromycin or doxycycline along with ceftriaxone as the first-line treatment for the disease. Again in 2015, the treatment guidelines were updated and dual therapy of injectable ceftriaxone and oral azithromycin were recommended. Presently azithromycin remains a part of dual therapy and/or other alternative treatments opted by doctors to treat gonorrhea. According to the report by WHO based on data collected from 77 countries, increasing antibiotic resistance is making gonorrhea extremely difficult to treat and might become impossible in near future. In 2017, N. gonorrhoeae was listed among “High Priority” pathogens for research and development of novel antibiotics by WHO. Gonorrhea has been marked in the “Urgent Threat” list of top 18 drug-resistant pathogens by CDC in America and by similar bodies in United Kingdom as well as Canada.

In India too, increasing antibiotic resistance in pathogenic bacteria have raised an alarm in the health care sector. Over prescription by doctors and indiscriminate over-the-counter sale of antibiotics are some of the factors responsible for this. In the past few decades, occurrence of gonorrhea has increased in the age group 18-25 years in Indian population. The exact data representing the trend of antibiotic resistance in N. gonorrhoeae is not available but studies conducted on the resistant strains of gonorrhea isolated from different parts of the country suggested decreased susceptibility to ceftriaxone and cefixime. A proper surveillance monitoring antibiotic resistance across the country is required to generate correct data that can reflect trends in long term.

Owing to the remarkable adaptability of N. gonorrhoeae and selection pressure of current treatment, development of resistance against ceftriaxone seems inevitable. Urgent actions are needed at the local and international level to combat antibiotic resistant gonorrhea. Focus should be drawn towards prevention from this disease through safe sexual practices. Novel antibiotics like Solithromycin (Cempra Inc.), Gepotidacin (GlaxoSmithKline) and Zoliflodacin (Entasis Therapeutics) are promising but they are still in clinical stages of development. The resistant gonorrhea is spreading at much faster pace and it becomes imperative to search for new solutions to keep it in check. It is important to maintain the efficacy of present antibiotics and to develop effective measures to prevent the spread of the disease. In 2016, WHO and Drugs for Neglected Disease initiative (DNDi) joined hands and launched a programme called GARDP (Global Antibiotic Research and Development Partnership) to document ideal and acceptable antimicrobials for treatment of gonorrhea. The initiative also aims to support search for new drug molecules, to formulate new combinations from existing antibiotics and to recover withdrawn or out-of-use antibiotics. GARDP hopes to achieve its set goals in the next seven years by 2023.