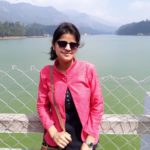 Diseases related to women health are seldom discussed amongst the audience, but with increasing awareness and curiosity amongst the women, more emphasis is now given on discussing about diseases that affect women’s health. Amongst them Endometriosis is one such ailing condition affecting women’s health. This article discusses about the disease in general and its related problems, general outlook and future prospects.

Endometriosis is a common and painful condition affecting women in their reproductive age. It is the third most common gynecological disease diagnosed in women between 15 to 44 years of age affecting nearly 10% of the women population worldwide (Joseph and Mahale, 2019). In USA, 1 out of 3 women is hospitalized due to endometriosis. It is a chronic condition defined as estrogen-dependent lesions and characterized by growth of endometrial tissue mostly in the pelvic cavity, on ovaries, uterosacral ligaments and pouch of Douglas. Nearly 30 to 50 % of women with endometriosis are infertile whereas 25 to 50 % infertile women have endometriosis (Rogers et al., 2013). Infertility in endometriosis is mainly due to endocrine and ovulatory disorders which includes luteinized unruptured follicle syndrome, impaired folliculogenesis, luteal phase defect, and premature and multiple lutenizing hormone (LH) surges.

In endometriosis, patients are more likely to have allergic manifestations and allergy related conditions like asthma and atopic disease. Such patients are reported to having higher rates of eczema, hay fever, food sensitivities and other allergic reactions (Kvaskoff et al., 2015). Though there are several factors responsible for the development of endometriosis but retrograde menstruation cycle remains dominant theory for pelvic endometriosis. Apart from this shorter menstrual cycle, longer bleeding, late menopause and early menarche are some of the main risk factors for endometriosis.

Ca 125 is used as a biomarker for the disease (because of its increased level in the body during endometriosis). Ultrasound, TVS, MRI (Magnetic Resonance Imaging) are some imaging techniques for the same. Laparoscopy is the most significant diagnostic technique that certifies the presence of endometriosis and its extension (Rolla E, 2019).

Talking about the scope of cure, there is no cure for endometriosis but effective medications are available to relieve the symptoms and improve the quality of life. Choice of treatment depends on the woman’s choice of having children. Anti-progestagens or GnRH (gonadotropin-releasing hormone) can relieve early endometriosis symptoms, but they have adverse side effects like spotting, weight gain, reduced sexual desire etc (Rolla E, 2019). These hormonal therapies reduce the production of female hormones. Also, some non-steroidal anti-inflammatory drugs (NAIDs) like ibuprofen, diclofenac and acetylsalicylic acid are used to relieve pain. Cognitive therapies, yoga, exercise can be adopted for a better lifestyle. In severe conditions surgery is suggested by experts.

As according to an old saying ‘prevention is better than cure’, only self awareness and monitoring is the key that can help a woman to minimize the symptoms and prevent future problems. Although one can’t prevent endometriosis but can reduce the chances of developing it by lowering the levels of hormone estrogen in body, avoiding large amount of alcohol, and caffeine. Raising awareness related to endometriosis can help a lot of women suffering in silence to lead a better life.