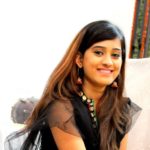 Cancer is a leading cause of death worldwide. Globally cancers of various types affect millions of people and lead to loss of lives. Breast cancer is the second most common cancer in the world and, by far, the most frequent cancer among women with an estimated 1.67 million new cancer cases diagnosed in 2012. With an annual incidence of approximately 1,44,000 new cases of breast cancers in India, it has now become the most common female cancer in urban India.

What is Breast Cancer?

Breast cancer is cancer that develops in breast cells and tissues. Typically, malignancy forms in either the lobules or ducts of the breast. Lobules are the glands that produce milk, and ducts are the pathways that bring the milk from the glands to the nipple. Cancer can also occur in the fatty tissue or the muscle fibrous connective tissue within the breast. 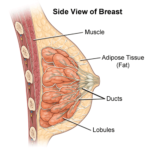 Various causes can lead to this malignancy, where three major causes include ionizing radiation, over production of ovarian hormones and excessive alcohol consumption. No particular symptoms arise in the early stages of tumor. Therefore early detection of breast cancer is nearly impossible. Identification of molecular markers such as expression of the estrogen (ER) and progesterone receptors (PR) and the human epidermal growth factor receptor 2 (HER2) has played a significant role in categorizing the four molecular subtypes of BC as well as determining efficacious therapeutic targets in breast cancer patients.

Breast cancer is primarily classified by its histological appearance. Most breast cancers are derived from the epithelium lining of the ducts or lobules, and these cancers are thus classified as ductal carcinoma or lobular carcinoma.  The suffix ‘in situ’ is added to a carcinoma when it is located within specific tissue boundaries. Cancer is termed ‘invasive’ as soon as it breaches tissue boundaries and invades into surrounding tissue. 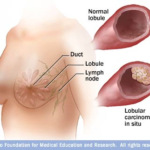 The most aggressive form of breast cancer is Triple-Negative Breast Cancer (TNBC) accounting for about 15% of all breast cancer cases. TNBC has been characterized by lack of expression of Estrogen receptor (ER), Progesterone receptor (PR) and human epidermal growth factor receptor-2 (HER-2). This has a higher mortality and risk of metastasis compared to other subtypes of breast cancer. Moreover, it is highly invasive and is associated with a very high tumor recurrence risk.

One way to catch breast cancer early is to screen women with family histories of breast cancer for BRCA genes. A patient who knows his or her predisposition to breast cancer can choose how often to get tested for the disease and the choice of treatment if he or she develops the disease. However, all women with a breast lump should undergo a TRIPLE TEST comprising of:

a. Clinical Examination by experienced clinician, preferably a breast surgeon.

b. Breast Imaging: Bilateral Mammogram; Ultrasound or MRI as advised must be done.

Based on clinical examination and appropriate breast imaging the lump can be classified as cystic or solid. Based on the index of suspicion for malignancy (age, clinical finding, family history or previous breast biopsy findings) solid lesions can be further characterized as likely benign or suspicious for cancer. This will be the basis of their further evaluation by the doctors.

Breast self-examination is a useful and important screening tool, especially when used in combination with regular physical exams by a doctor, mammography, and ultrasound. Some breast cancers are only found by physical examination, not by mammography. It is therefore recommend that all women routinely perform breast self-exams as part of their overall breast cancer screening strategy. 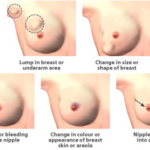 The treatment of breast cancer is divided into two main categories:

Local Treatment involves surgery for breast cancer and radiation therapy. Most women with breast cancer have some type of surgery as part of their treatment. There are different types of breast surgery, and it may be done for different reasons, depending on the situation. For example, surgery may be done to:

(i) Remove as much of the cancer as possible (breast-conserving surgery or mastectomy).

(ii) Find out whether the cancer has spread to the lymph nodes under the arm (sentinel lymph node biopsy or axillary lymph node dissection).

(iii) Restore the breast’s shape after the cancer is removed (breast reconstruction).

Some women with breast cancer will need radiation therapy, often in addition to other treatments. The need for radiation depends on what type of surgery the patient has had, whether cancer has spread to the lymph nodes or elsewhere in the body, and in some cases, patient’s age. Tumors that are large or involve the skin might also need radiation. One could have just one type of radiation, or a combination of different types of radiation treatments.

(i) External beam radiation: This type of radiation comes from a machine outside the body and applied onto affected area.

Systemic therapy is treatment taken by mouth or through a vein that gets into the bloodstream to reach cancer cells wherever they may be in the body. There are 3 general categories of systemic therapy used for early-stage and locally-advanced breast cancer: chemotherapy, hormonal therapy, and targeted therapy. Each treatment is described below in more detail. Treatment options are based on information about the cancer and overall health and treatment preferences of patient.

Chemotherapy is the use of drugs to destroy cancer cells, usually by ending the cancer cells’ ability to grow and divide. It is prescribed by a medical oncologist, a doctor who specializes in treating cancer with medication. Systemic chemotherapy gets into the bloodstream to reach cancer cells throughout the body. Common ways to give chemotherapy include an intravenous (IV) tube placed into a vein using a needle, an injection under the skin (subcutaneous) or into a muscle (intramuscular), or a pill or capsule that is swallowed (orally). Chemotherapy may be given before surgery to shrink a large tumor and make surgery easier, called neoadjuvant chemotherapy. It may also be given after surgery to reduce the risk of recurrence, called adjuvant chemotherapy.

Hormonal therapy, also called endocrine therapy, is an effective treatment for most tumors that test positive for either estrogen or progesterone receptors. This type is used against tumors that use hormones to fuel its growth. Blocking hormones can help prevent a cancer recurrence and death from breast cancer when used either by itself or after adjuvant or neoadjuvant chemotherapy. Hormonal therapy may be given before surgery to shrink a tumor and make surgery easier. This approach is called neoadjuvant hormonal therapy. It may also be given after surgery to reduce the risk of recurrence. This is called adjuvant hormonal therapy.

Targeted therapy is a treatment that targets the cancer’s specific genes, proteins, or the tissue environment that contributes to cancer growth and survival. These treatments are focused and work differently than chemotherapy. This type of treatment blocks the growth and spread of cancer cells while limiting damage to healthy cells. Recent studies show that not all tumors have the same targets. To find the most effective treatment, doctors may run tests to identify the genes, proteins, and other factors in your tumor. In addition, many research studies are taking place now to find out more about specific molecular targets and new treatments directed at them.

In India, most of the population does not have access to a well organized and well regulated cancer care systems.  A diagnosis of cancer often leads to catastrophic personal health expenditures which may threaten social stability and can even push entire families below the poverty line. Therefore, a breast cancer diagnosis can be overwhelming.

Every person finds his or her own way of coping with a cancer diagnosis. Knowing more about your cancer and your options may help you feel more confident when making treatment decisions. Talking with other breast cancer survivors provides insight and strength.  Friends and family can also provide a crucial support network for you during your cancer treatment.