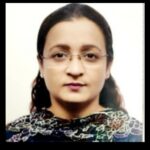 Genetics of Breast Cancer: The most common genes associated with hereditary breast cancer are BRAC1 and BRAC2, however, new genetic links are being discovered regularly. There are number of other genes like PALB2, CHEK2, CDH1 – CDH1, PTEN, STK11, TP53 that are known to influence breast cancer risk. PALB2 is currently the third most prevalent breast cancer gene.( Apostolou P et al 2013).

These associated genes apart from BRAC1 and BRAC2 which are closely contributory for Breast cancer (National Breast Cancer Foundation, INC.) are mainly included in many genetic testings for breast and ovarian cancer. Women with a BRCA1 or BRCA2 mutation also have an increased risk of developing ovarian, colon, and pancreatic cancers, as well as melanoma.

Breast Cancer and Genetic Counseling: Although, it is impossible to change the genetic makeup of any individual or family history of breast cancer, knowing that you are at a higher risk can help with creating an early detection plan to detect breast cancer in its earliest stages, while it is still localized, and easier to treat.

It is important that individuals who are candidates for genetic testing undergo genetic education and counseling before testing to facilitate informed decision making and adaptation to the risk or condition. It allows them to consider the various medical uncertainties, diagnosis, or medical management based on different test results, the risks, benefits, and limitations of genetic testing which in term help them to cooperate with the disease and the treatment. (Riley BD et al 2013).

The genetic counsellor can help an individual and her family determine the best testing strategy. Even in specialized clinics, in more contemporary settings, identification of high-risk patients had been difficult. Individuals at risk for hereditary cancer can be identified at multiple different times. They may be identified after diagnosis and definitive treatment, or after diagnosis but before definitive treatment, and also when unaffected.

Each scenario presents its own set of challenges and different approaches to the patients with respect to counseling, testing, and risk management are required (Doreen M et al 2016). Once an accurate personal and family history has been obtained, the issue of genetic testing can be explored. Ideally, whenever possible, the first person tested in your family should be someone who has had breast, ovarian, or another BRCA-related cancer.

If none of one’s family members with a positive history of these cancers are available for genetic testing, then genetic testing can start with an unaffected person. However, the test results might not be as helpful. Likewise, there are multiple questions which need to be answered like, when should the test be ordered, who should order the test and how should results be communicated? Here comes the role of a genetic counselor who works parallelly with the clinician.

Therefore, genetic counseling provides a better and focused gateway for Primary health consultants (clinicians) to not only diagnose but also to further evaluate the risk factor, prognosis, and line of treatment.