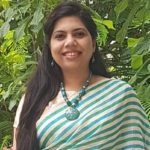 Cervical Cancer Screening: A paradigm shift from cervical cancer treatment to prevention is the need of the hour.

Some diseases should rather be prevented than cured. Cervical Cancer is one such disease. In my clinical practice I have always found it seriously disturbing to find a woman come with advanced cervical cancer. It always leaves me aching. It is hard to break the news to the woman and her family. I can never feel detached in such a scenario despite being a thorough professional. It is especially painful because it is a preventable cancer. The symptoms appear quite late and there is a large window of opportunity to pick up the cancer.

This is the very reason why it is heartbreaking to know that “One woman dies of cervical cancer every 8 minutes in India !”

In the past several decades commendable research and clinical efforts  have been done  to detect precancerous  lesions of the cervix  and treat them effectively. Even better we now have a Vaccine to prevent cancer of cervix ! So the question arises why a woman dies of cancer cervix every 8 minute in India ?

The answer is undoubtedly the lack of awareness and inadequate preventative care at a mass scale to cope with the burden of disease. In order to understand the lacunas and to impress upon my readers what a herculean (but definitely worthy) task it is to “raise awareness”, let me narrate a true story.

The year was 1928. At a medical conference at Battle Creek in Michigan, a passionate Greek researcher was presenting a groundbreaking technique in front of an unimpressed audience.  He gave a detailed overview of how he had come up with a non-invasive technique to detect cancer of the uterus. He had found that cells gathered from vaginal fluid can be observed under microscope and in women with cancer the malignant cells do appear in the vaginal fluid.

He faced immense resistance from the medical community. They refused to accept the potential of his low cost test to detect cancer early. It took him 13 years of continuous effort. The spell of resistance and skepticism for the test was broken in 1941. Only after. This researcher collaborated with a gynecologist Herbert Traut. They published a paper titled ‘The diagnostic value of vaginal smears in carcinoma of the uterus’ which finally showed the skeptics how helpful the test was.

This great researcher was Georgios Papnikolaou and the test he gave is better known as  Pap smear test. There was a gap of more than a decade  before the medical community recognised the Pap smear as a valuable screening test.

The second story in the  revolution to prevent cancer cervix came much later in 1976. A German virologist Dr. Harald zur Hausen discovered the link between Human Papilloma Virus (a sexually transmitted virus) and cancer cervix. HPV was a  known sexually transmitted virus and most sexually active people contract it at some point in their adult life. However, HPV did not cause any symptoms except for genital warts. As a result, people harbour it and transmit it without even coming to know about it. There is no treatment for HPV and condoms do not prevent  transmission. In most cases it usually cleared by the body’s own immune mechanism. However, Dr. Hausen proved that if HPV persists it can lead to  cancer cervix .

This groundbreaking research became the direct basis for formulation of HPV vaccine (in 2006 )to prevents HPV infection and hence cancer cervix . It was after development of vaccine in 2008 Dr. Zur Hausen received a Noble Prize for his work on HPV almost 3 decades later.

It however  took one more decade for the vaccine to get global acceptance. Many controversies lingered around the testing and efficacy of the HPV vaccine. This has  lead to gaps and confusion over its acceptance over the years. Now it is an accepted vaccine and is part of national vaccination program in developed countries like Australia and UK.

The two stories make it obvious that there is a long temporal gap when it come to research, discovery and final acceptance of any drug, test or vaccine. The next challenge is bringing this into the routine practice. Particularly when it is a preventative test and vaccine  which needs to be given to large populations it becomes immensely challenging as it needs great resources, extensive awareness programs and strong political will. There are definitely myriad problems at the provider  and the community level.

However, it is about time that the advances in  cancer cervix prevention  be used widely by  the medical community as it has been proven beyond doubt that pap smear test and HPV vaccination can eliminate cancer cervix . The World Health Organisation has also given a global call for elimination of cancer cervix.  Both testing and vaccination  must be proactively included in routine gynaecology practice with aim to raise  awareness to promote acceptance of the test and vaccine among women on a mass scale.

There are some pre-requisites for the test. The woman should not be having her periods at the time of test. She should not have had sexual intercourse in the last 48 hours. She should avoid douching and introducing any pessaries 2-3 days prior to taking the test.

With the advent of DNA testing and the knowledge that HPV is a causative agent, HPV DNA testing is recommended along with the Pap smear test and is popularly known as co-testing.

HPV vaccination is the only way to protect from HPV infection.  Two types of HPV vaccine are available in India Cervarix and Gardasil. Cervarix which is a bivalent vaccine that protects from HPV 16 and 18 . Gardasil which is a quadrivalent vaccine and protects from  HPV strain 6,11,16 and 18 . Two doses of HPV Vaccine is recommended  for young girls 9 to 13 years of age. Those who missed during the recommended age can catch up upto 26 years of age . Catch up vaccination requires 3 doses. Sexually active women can take vaccine but efficacy is reduced. Even after vaccination pap smear screening will be required as the recommended schedule. The timing of the screening test and vaccination is extremely important.

(In remote areas where a pathologist and/or DNA testing facility is not available, medical practitioners and health care providers should be motivated to make an effort to visually inspect the cervix using acetic acid and Lugol’s iodine (VIA and VILI) to look for suspicious changes.

How to bring about the paradigm shift from treatment to prevention?

As, I said earlier, it is a humongous but worthy task. Preventative activities are difficult because there is no immediate threat and it is difficult to impress upon providers and people the importance of something that might be deadly ten or twenty years later.

The illusion of large amount of time dilutes the threat and procrastination takes over. The nature of test also deters women from participating because of shame and fear of pain.

It definitely will take time and patience to continually work towards cancer cervix prevention. Right now we need to accelerate our efforts.

The first step is definitely to provide  the right  and updated information to all medical practitioners in women’s health. So that they are well versed with standard protocols about pap smear and HPV DNA testing. They should have sufficient knowledge to recommend vaccination and clarify doubts around it. They should be sufficiently motivated to allay fears, provide information and constantly support women to chose for prevention of cancer cervix.

In an otherwise busy and demanding medical practice, it requires constant efforts to focus on prevention. Usually the immediate and pressing medical issues take precedence. One tends to forget or is unable to talk about prevention . So, it is our duty as medical practitioners to cultivate the will and make conscious efforts  to continually educate women and offer the Pap smear test on a routine basis in clinic and OPD settings.

Additionally, mass awareness activities  and screening camps organised by the government, NGOs, institutions and individuals should also be participated in at regular intervals to spread information about cancer screening and HPV vaccination.

It is extremely necessary that medical practitioners be aware and make use of every opportunity of contact with women in the OPD to sensitise them about the importance of prevention, whether it is by means of talking about contraception or emphasising the need for cervical cancer screening.  Even doctors  in specialties other than gynaecology  also should talk about preventive tests or simply refer the eligible women for screening to a gynaecologist for cancer cervix prevention counselling.

It should become part of our practice to talk about prevention. Print and digital media should be used to raise awareness. Educated women from non-medical backgrounds can motivate their friends , families and circle of influence to seek cancer cervix prevention advice and test. Educative programs should be conducted in schools and workplaces. Men should be educated to help in this endeavour by promoting healthcare choices of their spouses and daughters. 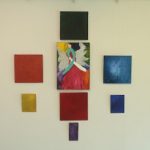 Immense efforts are needed to direct our focus and motivation to raise awareness. This can be done at individual level, as a part of a Government led program, at the level of medical societies and at the level of NGO’s including the private sector ,as a part of their social responsibility (art 1 – by Dr. Nidhi Singh).

It is reassuring to know that Gynecological Organizations like FOGSI (Federation of Obstetrics and Gynecology of India), AOGIN India (Asia Oceania Research Organization on Genital Infections and Neoplasia India) and ISCCP (Indian Society of Colposcopy and Cervical pathology) are proactively taking initiative by bringing together experts to help educate medical practitioners and community  and. They are making huge efforts to make preventative screening for cervical cancer available not only in the big cities but also in remote geographical locations.

The sheer burden of the disease and the lack of education and health seeking behavior, especially in the rural population, the task is increasingly challenging. 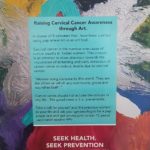 I believe all available tools to publicise and propagate the message to increase awareness and acceptance for cancer cervix prevention should be deployed.

In the same spirit of spreading awareness  , being a self-taught artist besides a gynecologist, I have tried to pay tribute to Dr. Georgios  Nikolaou Papanikolou through my artwork called “Vibrant’’. This artwork has been created using the Pap smear kit (the Ayer’s spatula and cytobrush) and was displayed at my first solo art exhibition “Udbhav”.

It was a humble effort on my part to raise awareness about cervical cancer prevention through art (art 2 – by Dr. Nidhi Singh).

Women bring beauty and vibrance to the world. Let’s preserve the beauty and colors of their lives by providing them protection from cervical cancer. It doesn’t matter whether you are a health care provider or not you can still be a change maker by understanding and spreading the message correctly. As responsible citizens we all can employ whatever skill we have, to bring in the talk, draw attention and motivate women and their families to seek prevention from cervical cancer.

Disclaimer: Although this article is scientific and educational in nature, it’s hard for me to detach my medical career from the passion for writing (read storytelling) and art. Therefore, there would be diversions to narratives and art through this article.