Genetic Counselling – Past, Present and Future 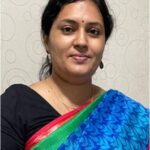 Genetic Counselling – Past, Present and Future:

Genetic counselling is a subjective art and has seen its fair share of opposing viewpoints, disagreements, and squabbles throughout the years. In affluent countries, genetics clinics were began in the 1940s. However, many of these clinics supported the eugenics agenda, which was focused at controlling population growth of certain races and ethnic groups while managing population growth overall. This was quickly replaced with a non-directive approach, thus allowing autonomous patient decisions.

Until recently, most patients heavily relied on their primary health care provider for information related to their conditions. However, most medical practitioners weren’t always up to date with the multiplicity of syndromes and their genetic correlations as well as about the genetic tests available- both predictive and diagnostic. In the 21st century the focus of modern genetic counselling was transformed with the introduction of genetic counsellors- professionals’ super specialized in genetics and counselling.

Genetic counsellors now provide people with more sensible information which is non-directive therefore patients get the chance to make an informed decision. Moreover, it has bridged the existent gap between medical practitioners, laboratory personnel and patients. Advances in genetic knowledge and improvements in diagnostic techniques led to a further expansion in the profession. Presently, genetic counselling has gone beyond mere communications to becoming more personalized with history taking, pedigree charting, interpreting inheritance and determining recurrence risk [Alliance G 2009].

Now counselling is better routed, accessible and multi-fold. Genetic counsellors can help couples plan a pregnancy, especially those from ethnic groups where recessive genetic conditions are prevalent. In developed countries, it has become almost a routine for pregnant women particularly over 35 years of age to undergo screening tests, thereby allowing counsellors to make risk estimates. Likewise, genetic counselling during pregnancy can address concerns about factors that may affect the baby- especially in couples with a history of multiple miscarriages, still birth or infertility. Even babies are screened and counselled for genetic conditions within the first 72 hrs of birth (new born screening), thus ensuring timely and efficient disease management.

However, the scenario in India is still largely different and also difficult [Mohanty D and Das K 2011]. Genetic testing and counselling has to be prescribed with caution as there is no government aid available and not many health policies insure these costs. The financial constraints therefore directly affect testing and counselling. Moreover, with the advent of newer technologies- clinical exome and whole genome sequencing, enormous data is generated and there are complications with interpretation of variants of unknown significance and polymorphisms. This has also led to ethical, psychological and socio-medical problems, e.g. whether predisposition to other diseases or late-onset disease evident on the test report should be discussed with the patients or not has become a dilemma.

Dr. Dhanlaxmi Shetty is a cytogeneticist. Currently she is the Scientific Officer-E and Officer-in-charge at the Cancer Cytogenetics Department, Advanced Centre for Treatment Research and Education in Cancer (ACTREC), Tata Memorial Centre.