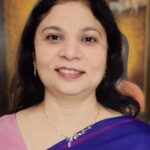 Screening for cervical cancer with Pap smear test has become widely accepted. However, a number of problems with cytology test have been described including sensitivity, subjectivity of reading of slides, quality of samples leading to greater number of interpretive errors. HPV DNA testing offers a viable and validated approach for screening and management of women with/ without cytological abnormalities (Cox T, et al. 2006).

WHO has recently revised their guidelines for cervical cancer screening applicable to all women across the globe. This includes twenty-three recommendations and seven good clinical practice statements. The major change is the recommendation for using HPV DNA test as the primary screening modality in view of the difficulties in maintaining quality assurance with other screening methods. HPV DNA test should be used for screening all women in general population between 30 to 50 years of age.

Women with a negative HPV test should be reassessed after 5-10 years while HIV positive women should be tested every 3-5 years. If screening is done with VIA or cytology and there is no abnormality, these women should be re-screened after 3 years. Cases with ASCUS (Atypical Squamous Cells of Undetermined Significance) should be subjected to immediate triage with HPV DNA testing, which if positive, should be followed by colposcopy. If HPV test is negative, rescreen after 3 years. For cases with abnormality, above ASCUS on cytology should undergo colposcopy.

Under screen, triage and treat approach, triage may be done with partial genotyping, colposcopy, VIA or cytology as feasible. Those positive for HPV 16/18 or VIA should be taken up for ablative or excisional procedure as per eligibility. VIA triage negative cases with positive HPV DNA should undergo repeat HPV test after two years in general population and one year in HIV positive women. Colposcopy and Cytology triage will be followed as per the respective reports.

Follow-up Tests for a Woman Treated with Ablation or LLETZ:

Follow up is must if a woman is treated with ablation or Loop Electrosurgical Excision Procedure (LLETZ) based on histopathology or without histopathology. It should be done at 12 months, if positive should be retreated with LLETZ followed by retesting within 12 months. Follow up recommendations are same for general population and HIV positive women.

Management of abnormal cytology results where HPV Test is not available for triage is as follows: Women aged 25-29 years with ASCUS/LSIL should undergo repeat cytology annually twice – If repeats reveal ASCUS or above, colposcopy and biopsy should be done. Colposcopy and biopsy should be done in case of LSIL (Low-grade Squamous Intraepithelial Lesion) in women aged 30-64 years. HSIL (High-grade Squamous Intraepithelial Lesion) should undergo colposcopy with biopsy and endocervical assessment.

In smears showing atypical endometrial cells or abnormal glandular cells, endometrial and endocervical curettage should be done first followed by colposcopy and biopsy.

As per these new guidelines, HPV DNA testing should be made available wherever new screening facilities are being started and the traditional tests like cytology and VIA should gradually be replaced by the same.

Can Human Papillomavirus DNA Self-sampling be an Acceptable and Reliable Option for Cervical Cancer Screening in India?

Self-collected HPV DNA testing has been considered as an effective alternative tool among women coming from infrastructural barriers and individual barriers as nature of gynecological examination may be embarrassing and culturally unacceptable for them. Besides this most of the times Indian women do not get time to travel to physician due to having huge responsibility for home and work. In case of self-collected HPV DNA testing could prove itself a boon and it will also decrease out of pocket cost due to no need of traveling to avail these facilities.

4. Cervical cancer: an NCD we can overcome. Speech by WHO Director-General, 18 May 2018. Geneva: World Health Organization; 2018 (https://www.who.int/dg/speeches/detail/cervical-cancer-an-ncd-we-can-overcome, accessed 2 October 2020).